The Stories We Tell: Manipulating Image 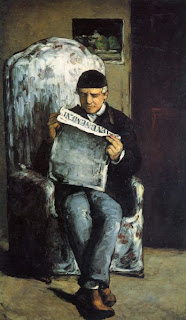 You've heard about the Rolling Stone article about General McChrystal.  It's all over the news, and everyone seems to have an opinion about how McChrystal could have had such massively 'poor judgment.'  A coworker of mine suggested that he might have been deliberate about stepping over the line, because he wanted an excuse to (personally) get out of Afghanistan.  Whether that's the case or not, it's an intriguing possibility: What if General McChrystal deliberately sabotaged his own career and public image through the media?  What if he wanted out that badly?

Here are a few questions for journaling/reflection:
How do you, as an artist, present yourself?  Do you "tell" an inspiring, intriguing story about yourself and your art?
Does it help you?  Do you think other people believe it?
Do you believe it? How similar is it to that story you tell yourself?

And here are a few things to consider in revisions/rehearsals:
How does your character present himself?
Does she tell the same story to others that she tells to herself?
Does he ever tell a self-destructive story, like McChrystal appears to have done?
Is there anything she dreads so much that she would give up her public image to escape it?  What would push her to that point?